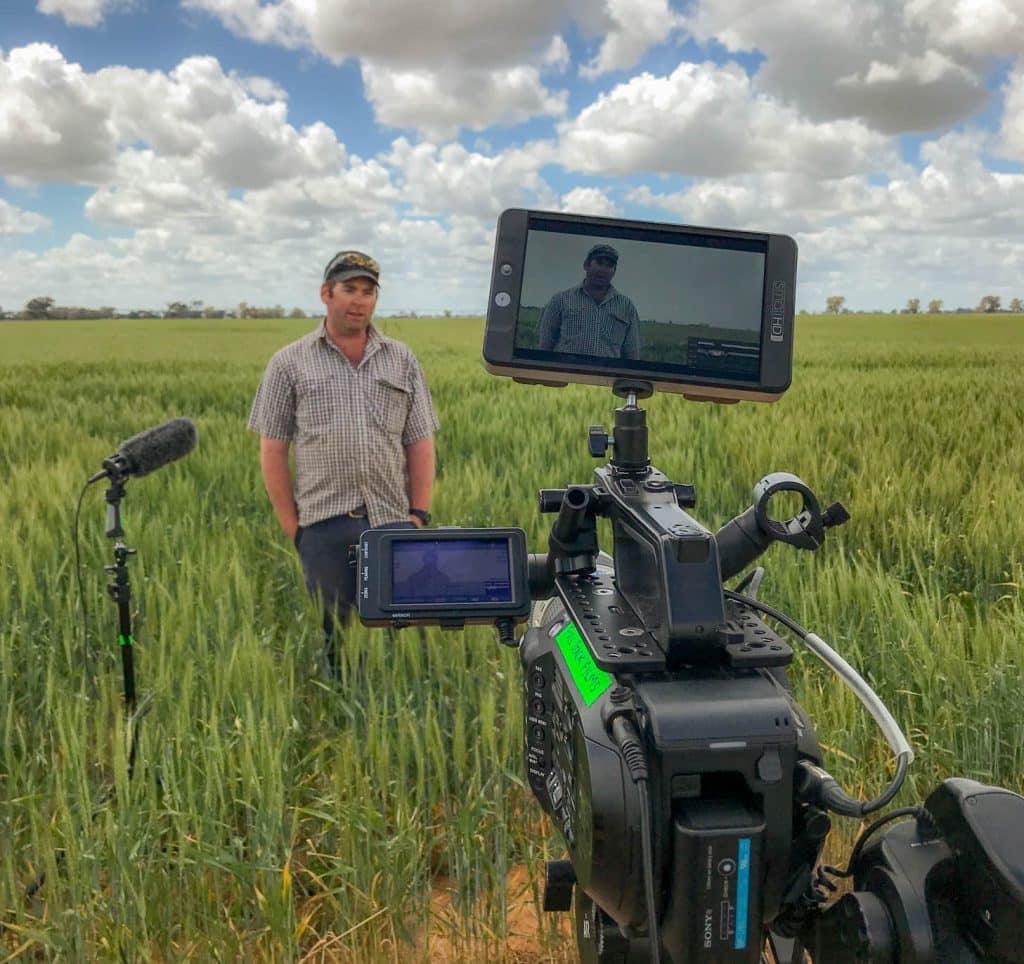 Reacting to the video mega trend

Video has been described as a mega trend by the mega-social-media founder himself, Mark Zuckerberg. He’s even backed up his words with a “video-first” strategy which he described back in February.

Like any trend, it’s met with its fair share of followers, determined to stay relevant and leverage the benefits of being an early adopter. It might even be you — a marketer, PR professional or business owner. Internal content teams are being told to skill-up in video production to service this new need too.

As a video production company, we’re in a unique position of discussing video with brands every day and we’ve seen a shift in the way communications professionals talk about video content. They’re sold on video, but sometimes, that’s where it stops.

This page is designed to provide some practical thoughts on video production for brands. Hopefully you can walk away with more of an understanding of the video process to better communicate with your video production partners, whether that be your internal video content team, or a video production company like Full Stack Films.

Work on strategy not a script

What’s the first thing you need to do to start working on a video production? If you’ve said “write the script”, you’re not alone. Within the broad spectrum of filmmaking, the script is seen by many as the plan — made up of dialogue and action that will translate onto the screen.

Scripts can be one tool within the video production process, but it’s not the first step to successful video content. The answer isn’t a storyboard either.

Building a strategy around your video content is important. Before thinking about a script, start by understanding your objectives and where the video fits within your broader strategy.

Here’s some questions we use to formulate a strategy:

At Full Stack Films, we’re a production company that works with you to determine the best approach for each project. We believe in providing real value by understanding your objectives. Building context is an important part of the video production process and we enjoy getting to know your goals.

Get the most out of the video you create

This year is a milestone for your organisation. It’s your 50th birthday as a company and you would like to showcase the achievement with a video. You have a big company birthday party where you’re inviting clients and industry friends. The video will be a great way to share the story of the company and its growth.

While you might have an event or milestone that requires a hero video, why not look at how you can use the production beyond the obvious need? Production time with a company founder talking about the company’s beginnings can turn into social media video content that can be distributed for months.

There’s a lot of energy and resources placed into each video production, but a lot of the time, asking an extra question from a person within your organisation on camera, can lead to many more uses of the video content.

Ask: What’s simple things we can film to greatly extend the value of the video we’re creating?

The content of the production could be used in an induction video for new employees or even be edited to be an evergreen video that sits on your website.

It’s easy to think that a video production has to be linear; It’s even in the names — Pre-Production, Production and Post Production — three obvious stages, one by one.

Thanks to advancement in tech, we can now look at video production in a whole new way. A lot of our expectations around how we approach video are hang-ups from filmmaking 20 years ago. We no longer have to worry about how long we record (we’re not shooting 35mm film) and we can iterate!

Stories change and develop over time, especially when dealing with nonfiction content (AKA life). The relationship between production and post production can be a lot more fluid, allowing you to find opportunities within your stories and iterate along the way.

Why don’t more people approach it this way?

It’s scary. It’s easier to communicate three defined stages in a project. It’s a mix of stakeholder management (“once production is over, there’s no more filming”) and planning — it’s easier to plan when you separate production and post. The answer? A sensible balance. We like to lead filming with low hanging fruit, the obvious content we know we’ll need. We’ll then provide an edit of what we have, so our client can better understand how it’s coming together, before organising final days of filming.

Sometimes this is referred to as capturing “pick-up” shots — thing you’ve missed. At Full Stack Films, we just bake it into the process by running production and post production simultaneously when appropriate.

Brands shouldn’t have to worry about production value

When working with a professional video production company, production value shouldn’t need to be a concern. Pick a production partner that creates a style of work that you love and that fits within your brand.

Compromising on quality when selecting a production company means you have to worry about basic things like “is the sound going to be clear?” — inevitably spending less time on strategy and story.

Don’t treat video like a trend. It’s a marathon not a sprint. Find video production partners that you can build a relationship with. With every project there’s a greater understanding of the brand, more context, better communications and a larger content bank to pull from.